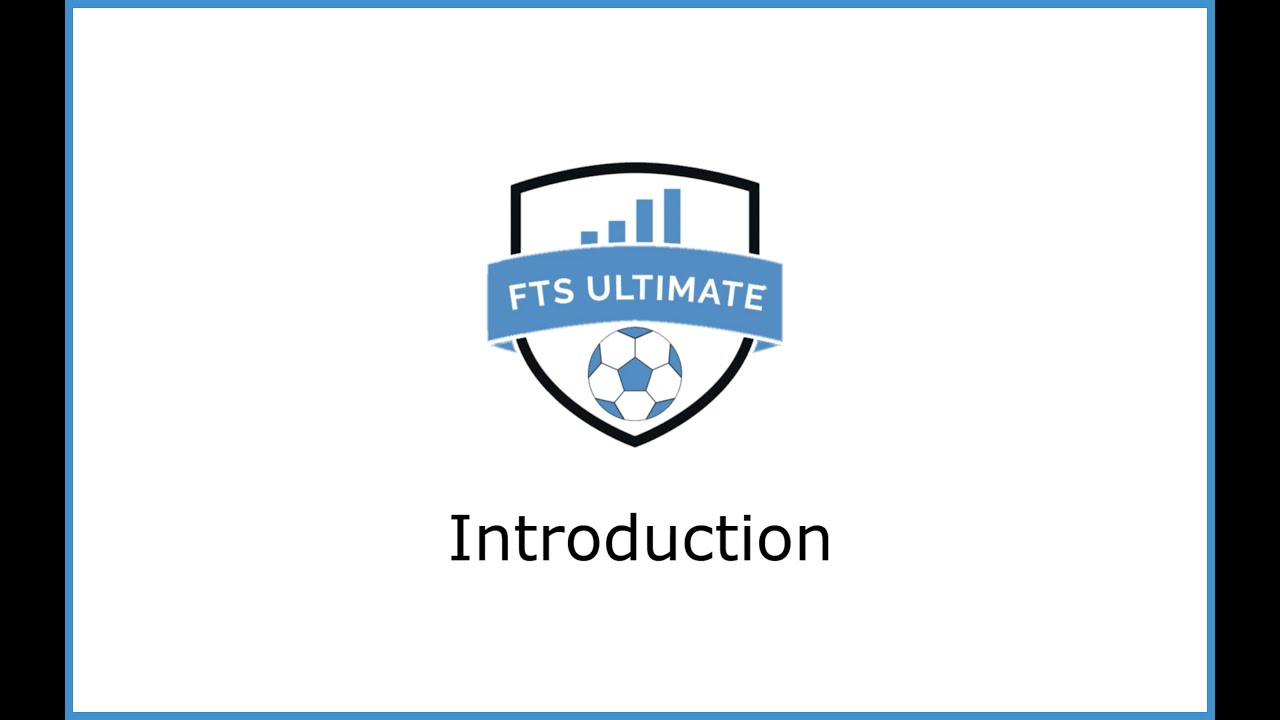 Are you looking to take your football betting to the next level? Do you want to earn a lovely 2nd Income and maybe even a life changing 5 figure TAX FREE income a MONTH? If your answers are yes then you can’t afford to miss out on the FTS Ultimate membership for 2021/22.

This season FTS Ultimate has got bigger and better and will fully enable those who want to progress towards full time betting in the future.

This is a no-nonsense, profit making opportunity that could allow you learn how to earn yourself a new life with TAX FREE monthly income, we have taken the hard work out of it for you!

Don’t just take our word for it, plenty of people are profiting from FTS Ultimate, season on season, and for 2021/22 – it just got a whole load better!

I’d just like to say that since I joined your Ultimate service earlier this year I’ve been most impressed. I added a few systems of my own as well as following your samples and I’m pleased to say that my Betfair account has taken a sharp upward turn. A shame you don’t cover the summer leagues, but I suppose you’re due a rest!! I’m looking forward to news of the 2020/21 season and joining for a full year this time.

Was also going to ask if I could take you out for a lunch at some point over the summer or have a chat at some point.

Had my first £20K plus profit month in April although given most back this month! Had over £10K profit in each of Feb and March. All in all, about £60K up this season based on what you taught me in the 2015 seminar.

FTS Ultimate is built around the FTS Odds Sheet compiled since the start of the 2012/2013 season which highlights value and profit across the four main European leagues using our unique match pricing algorithms.

This is why our members have been profiting for years and why YOU can too.

By utilising the values on the sheets, profitable bets and trades can be highlighted weekly, but most importantly, over time, on a continual basis.

The FTS Ultimate Database now has 7 seasons worth of data and over 10,000 matches!

That’s why these will be profitable, not just for one season, but over years to come, allowing those involved to make a great second income or even a full time living.

We also have a second database since August 2016 7 Further Leagues and a further 7000 games, this database covers the top leagues in Belgium, France, Holland, Portugal and Turkey as well as the English Championship and German Bundesliga 2.

CHANGES FOR THIS SEASON

The FTS Odds Sheet Database has been pivotal to the success of many FTS members. The number of FTS members who use it on a weekly basis continues to grow, many of whom have devised their own strategies and systems and are using them to profit from.

For the 2021/22 season, FTS Ultimate has just got better. Members now get access to the databases updated weekly and 9 separate files produced from these. From the first game of the season, all 11 leagues are covered with the FTS Odds algorithms and all leagues have our unique traffic light 6 game form filters which just add to profitability. TRUE ODDS AND PERCENTAGES take this to yet another level as well as the addition of Pinnacle Data

When our Traffic Light system is used in conjunction with the other elements of the database such as the value percentages, the results are simply staggering. You will likely be able to improve the performance and efficiency of any system with just a couple clicks to factor in form.

Poisson database. Our unique adapted Poisson calculation predicts the three most likely scores in the game and from that calculation can generate expected odds for Match odds and other markets such as Over Under 2.5 goals. It is phenomenal and Ultimate members for 2021/22 will get weekly sheets for 7 leagues and access to a 4 year database with the value all calculated and videos on how best to use it.

FYI. The Poisson sheet does not start until October as we need some current season goals data to perform the calculations.

New for 2021/22 we now have 4 new databases based on liquid markets on Betfair Exchange 5 minutes pre kick off. These cover Match Odds markets and the Over Under Goals Markets for 1.5,2.5,3.5. We also have half time correct score prices collected 55 minutes after the match kick off. This now provides us with a one stop shop for all our trading needs. incorporating the FTS value odds or traffic light form guides we can see element such as Amber teams at home generating over 100 points laying Under 1.5 goals. All these databases are backdated to 2017 with accurate data and over 5000 matches. Updated weekly they are a huge addition to your betting/trading arsenal.

By signing up, not only will you have access to all these incredible databases including the traffic light form analysis, but you will also receive a weekly odds sheet loaded with some new strategies, as well as macros for proven methods built into your sheet and videos on how to make all this profit for you.

For the last 3 years FTS Ultimate has used our in-house football statisticians to provide superb excel sheets across 26 leagues every day with all results and returns available to you, across multiple goal markets and times.

This give you incredible insight into how the market moves and many of our members have created fantastically profitable systems from this data to build on their FTS Ultimate earnings.

Stand out from the crowd

The power of the FTS odds sheets is that you won’t be required to make decisions in-play, so there’s no need to sweat over trading out or staying in. Everything is based on data that has been PROVEN to profit over time. Bet, Forget, Profit.

FTS Ultimate will allow you to operate profitably and leave you available to enjoy your free time. The work is done for you; all you need to do is simply place bets, usually before matches start, and go about your day. By signing up, you benefit from 15 years of professional gambling experience, research and record keeping.

If you want to get more in depth and more profit from trading that option is there for you, just contact us and we can explain about the other more advanced options we have.

Having spent over 15 years as a successful full time bettor/trader,
millionaire gambler Ian Erskine knows how to win!

All of this for less than a coffee per day! What are you waiting for?

Sold OUT
Sold OUT

YOU CAN DO IT

The only thing you need is a serious approach to your betting as almost all of the work is done for you. Winning at this game is an accumulation of skills, not just about selections. Your approach, record keeping, bank management and correct staking as well as the correct mindset is all key if you want to succeed. So if you have the attitude, application, mindset and patience and want to learn from the BEST, then FTS Ultimate is for you.

The majority of gamblers fail and the main reason is their approach, so join FTS Ultimate and begin your new success story. As your membership continues, your bank will constantly grow. Not every bet will win and we won’t ever claim otherwise like other internet betting marketers. But with the right approach, hard work and mindset you will be successful long term.

Join FTS Ultimate and start heading towards a

Go to Top
DON’T MISS OUT!
Get Your Free 6-part Email Course on How to Become a Successful Bettor
Ian's best advice condensed into 6 easy to digest lessons
Give it a try, you can unsubscribe anytime.